This scenario is a faithful representation of the real airport.

Airport 100% Native of the new MSFS

PBR textures on buildings and surfaces
runway with real curvature of the terrain.

This airport is freeware. 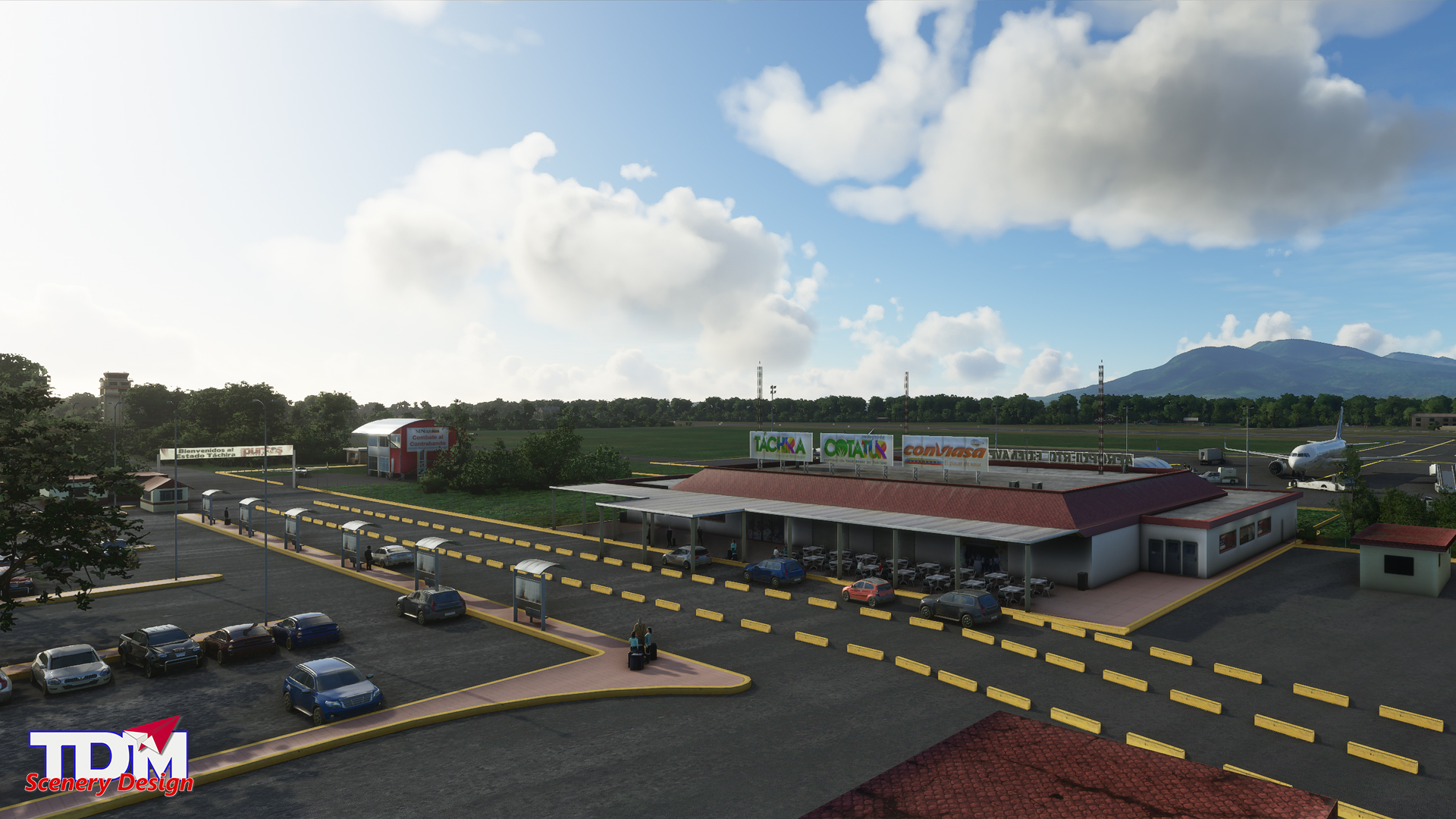 SVSO is the most important airport in the state of Tachira, located about 40 kilometers from the city of San Cristobal, capital of the state of Tachira.
It currently has direct connections with Caracas, Valencia and Porlamar as well as general aviation flights (private).
It also functions as a military air base for the Bolivarian National Armed Force and as a logistical base.

May. Buenaventura Vivas Guerrero International Airport has one of the longest runways in the country, with a length of 3020 meters and a width of 45 meters, which makes it very safe because it allows enough take-off run for larger aircraft.

The orientation of the runway is 12/30. Due to restrictions due to the presence of natural obstacles, the approach and subsequent landing of the aircraft must be done in a 30/12 direction, i.e. in a southeast – northwest direction.
Additionally, take-offs are allowed in any direction.

The surrounding terrain and weather conditions of the region offer a fantastic experience and can be a challenge for all types of flights and pilots.

This airport is built exclusively for the new Microsoft Flight Simulator

The Airport is available and can be purchased at the Simulator store.